Okay, it's not in the Sunset, but I thought that you would like to know that we have an octagon house here in the Outsidelands, up at Land's End in the Golden Gate National Recreation Area. 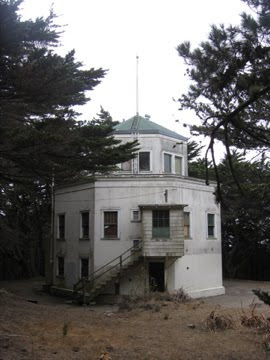 Officially known as the Point Lobos Marine Exchange Lookout Station, the building is owned by the National Parks. It was built as part of system started in the Gold Rush that reported on ships entering the Golden Gate. 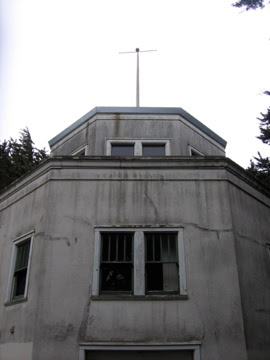 If you've ever hiked out there, you may have looked up above the trees and seen the pole. The family of the last lookout was allowed to live in the home after it was decommissioned. Last time I took a walk up to Fort Miley I noticed that the road to the building was no longer blocked off, so I went up to take a look. 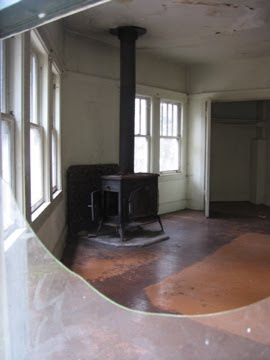 I took some photos and when I got home checked the Western Neighborhoods Project for info about the building's fate. Be sure to read John Martini's great article about the building and the Marine Exchange. Did you know how Telegraph Hill got its name?
Posted by Janice at 8:03 PM 2 comments: