Note to self: do not use this photo when talking about the fact that all Sunset homes are not alike. 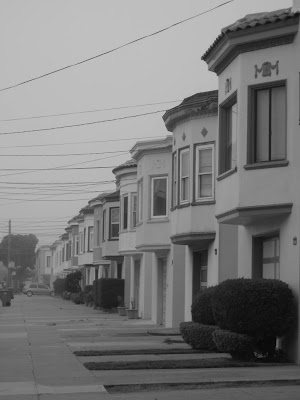 It's not much better in color. 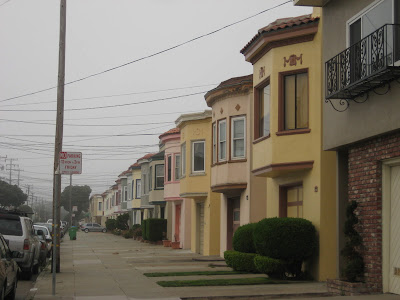 Contrast that block to this one:
First a bunch of dreary 1970's flats. 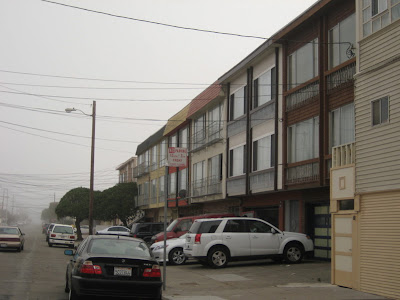 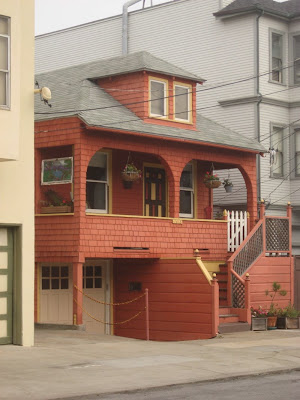 And finally this turn of the century (20th Century) beauty near the end of the block. 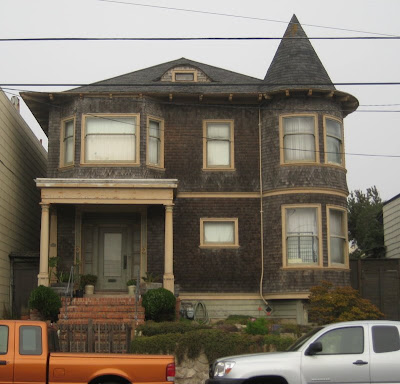 Don't see a lot of roofs like this in the Sunset. 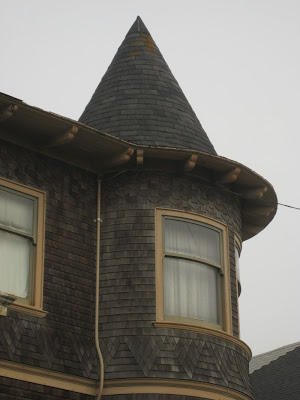 And that's not the half of it. Check it out next time you go to the beach, this is the 1400 block of 47th between Irving and Judah.
Posted by Janice at 7:18 PM