This office building is another one of those places I vaguely remember going into as a kid. I would love to know if anyone has any information about what it was originally.

(Update: This Henry Doelger's Headquarters. A "Doelger Homes" sign can be seen behind the gate on the left.) 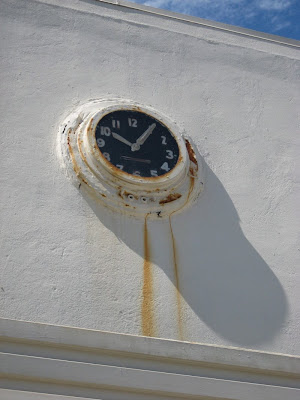 It's on Judah between 8th and 9th Avenues. 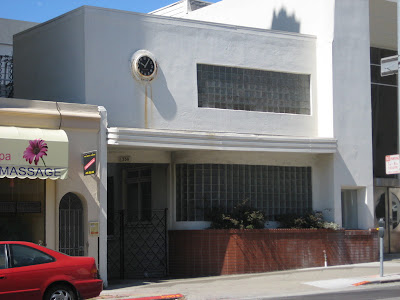 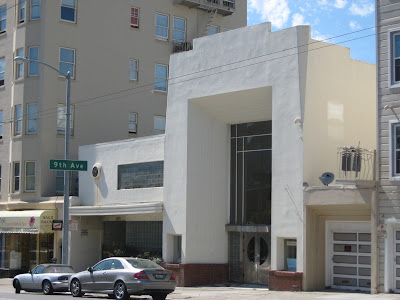 The City records indicate the left half was built in 1914, and the right in 1940. With all that glass block, I don't think 1914 is right. But the addresses for the parcels don't seem to match the records either. Maybe there's another building behind it.

So many 1940's details from the clock to the numbers over the door. 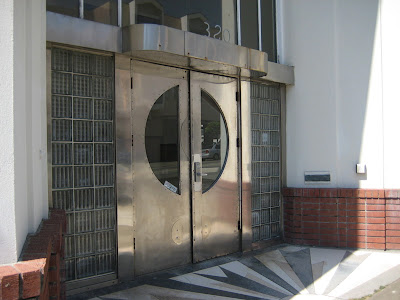 Even the gate looks Art Deco to me. 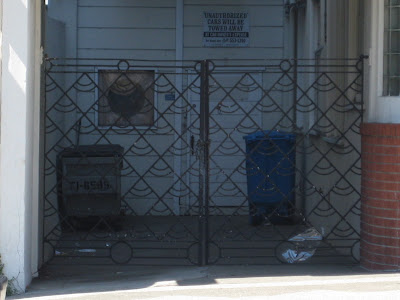 Here's a peek inside: 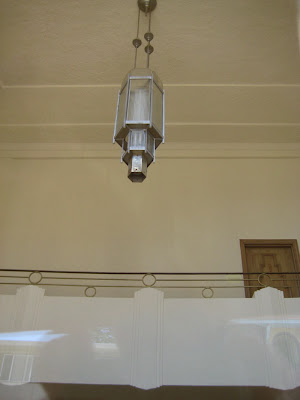 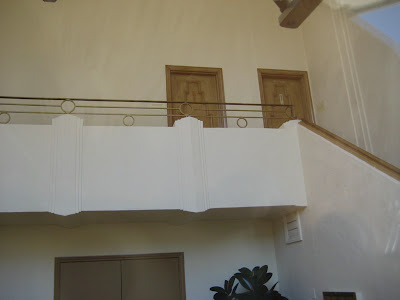 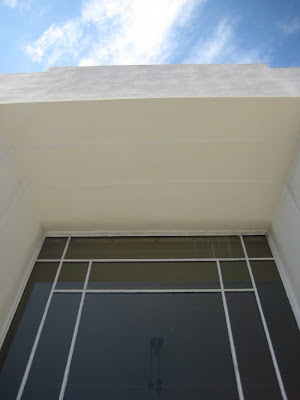 I don't know if this sign is meant as a reference to the movie of the same name, or if the contact phone number just fell down. 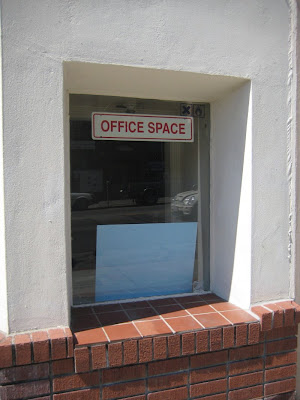 Great photos! I love this building and always wonder about it...it's right next to my nail salon so I see it all the time.

I agree with you about the date. Perhaps there was an original structure from 1914, but those glass blocks are pure Deco or later.

Yet again, a late comment. I have a friend that lives across the street who has called about the "office space" but no one has ever returned her call. She says there is a society of psychiatrists that meets there.