I thought I had seen pretty much everything in the Sunset, and it would just be a matter of re-discovering, or looking at things in a different way from now on. But I really have no memory of these houses on 29th Ave. 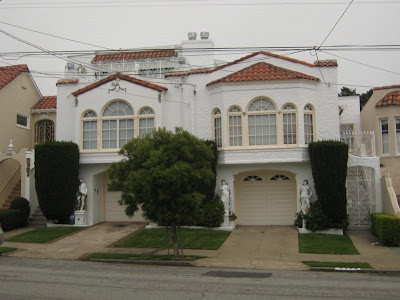 I wonder when I see two houses painted the same color. Are they owned by the same family? Do neighbors just want to coordinate? Did they get a discount by hiring painters for two jobs at once?

But there is more than that going on here. Look at the statues. My Greek and Roman mythology is a little rusty, but I think that's Venus and Zeus. 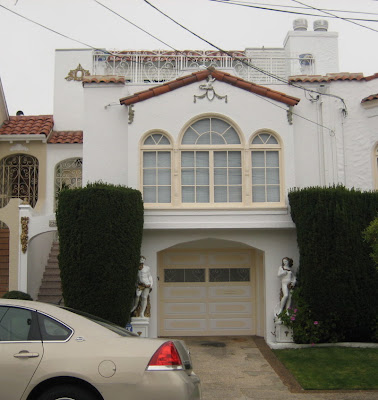 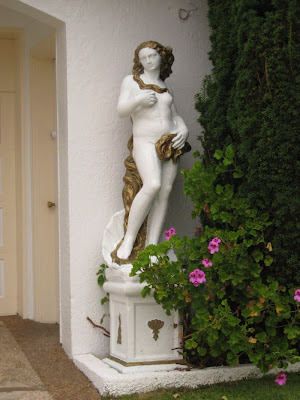 The house on the left has some other additions. A cherub: 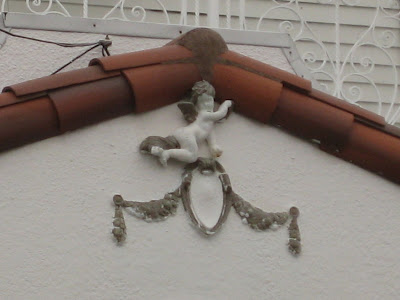 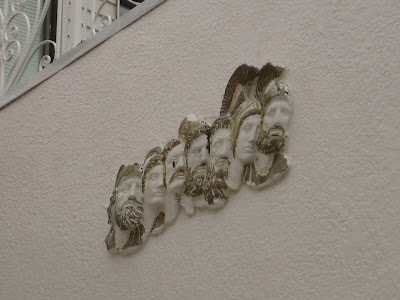 The house on the right isn't quite as fancy, but they've added gold paint here and there. 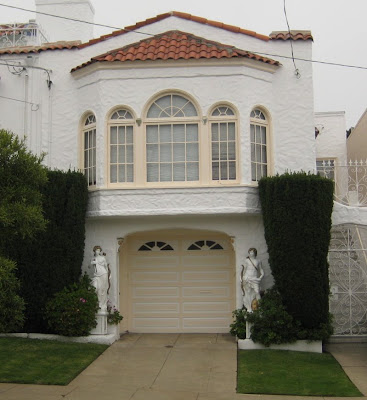 But it has statues of Artemis (or is that Diana?) and Apollo. 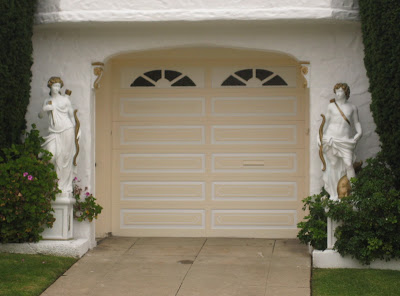 I love it when people go that extra step to make their homes stand out.
Posted by Janice at 7:52 AM

I just wanted to let you know how much I am enjoying your photos of The Sunset. I stumbled across your blog when I did a search on "Francis Scott Key School."

I look forward to seeing more of your photos of The Sunset.

Hey Buckeyesue, thanks for letting me know. I'll try to get photos of your old places one of these days.